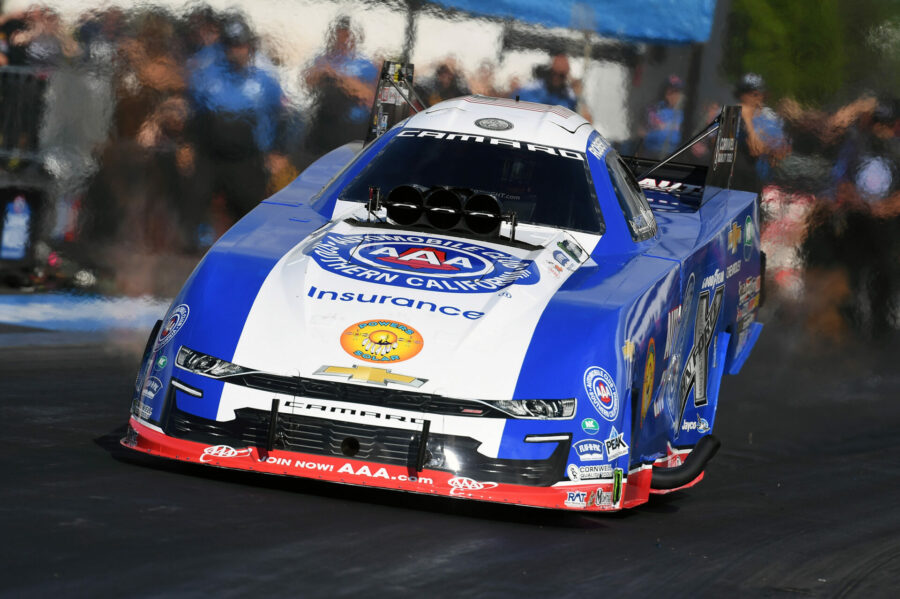 EPPING, N.H. (June 02, 2022) – Robert Hight and the AAA New England Chevrolet Camaro SS team are headed to the NHRA New England Nationals at New England Dragway with the sweet smell of victory still strong after winning two weeks ago at the Virginia NHRA Nationals. The three-time championship team is hungry for more as they chase down their first win at the New Hampshire facility.

The current national record holder for Funny Car time (3.793 in 2017 at Brainerd, Minn.) and speed (339.87 mph in 2017 at Sonoma, Calif.), Hight is also the track record holder at New England Dragway where he stopped the timers in 3.822-seconds at 336.74 mph on June 3, 2017, on the way to one of his two No. 1 starts (the other came in 2014). The New England Nationals is one of only two events in the series in which Hight has yet to hoist the winner’s trophy, the upcoming Summit Racing Equipment Nationals at Norwalk, Ohio is the other. Hight had his best career result last season when he was runner-up to teammate John Force in a classic final.

“It’s been a long two weeks since winning in Virginia. I’m glad we got to spend the time celebrating but I’m ready to get back into my AAA Chevy,” Hight said. “When you’re on a roll, you want to carry that momentum over and just keep going. I’m hoping we can do that heading to Epping. I’ve never won there so I’d like to check that off my list. With two weeks away from a race track, I know this AAA team is ready to get back to it.”

With a win in New England, Hight could take over the Camping World points lead, he enters the New England Nationals in second place just 15 points behind Matt Hagan after winning three of the season’s first seven events. His victories included two consecutive wins to open the season at the Winternationals and Arizona Nationals as well as the most recent event, the Virginia NHRA Nationals, just two weeks ago.