Austin Prock came up through John Force Racing's Next Generation Program. He is licensed in both Funny Car and Top Fuel and made his professional debut at the 2019 NHRA Winternationals driving a Top Fuel dragster. He picked up his first win at the 2019 NHRA Northwest Nationals.

Austin Prock made his long-awaited return to the seat of his Montana Brand / Rocky Mountain Twist dragster in the 2022 NHRA Camping World Drag Racing season. After John Force Racing took a step back in 2020 due to the pandemic, Prock worked on the crew of Robert Hight’s Funny Car team under his father, crew chief Jimmy Prock, in 2021 before continuing his dream of driving professionally. Prock begins his second year of full-time driving duties with one national event win from his rookie season.

Prock made his professional drag racing debut at the 2019 season opening Winternationals in Pomona, Calif. where he earned his first career round win, the Top Fuel standout continued to impress throughout the season building his resume with competitive passes in the .70s and .80s before powering Montana Brand / Rocky Mountain Twist dragster to the winner’s circle for the first time at the Northwest Nationals in Seattle, Wash. He went on to clinch a spot in the Countdown to the Championship at the U.S. Nationals and was the only rookie in the nitro categories to do so. At the AAA Texas FallNationals Prock piloted his 11,000-horsepower machine to a career best elapsed time of 3.688-seconds and top speed of 334.40 mph.

Prock finished 2019 eighth in the points standings with one win, five semifinal appearances and most notably the 2019 Auto Club Road to the Future award, the NHRA’s rookie of the year award.

Before climbing into the seat of his Montana Brand / Rocky Mountain Twist hot rod and making his dreams a reality, Prock first got behind the wheel of a race car at age 10. He collected his first race win before he was 12 years old and in 2012, was named the National Pavement Midget Rookie of the Year. A year later he was awarded the Bob Tattersall Hard Charger of the Year. In 2014, his first year racing a complete schedule, Prock was the STARS National Pavement Midget Champion after winning four races. Following his championship year, he entered into the world of Dirt Sprint Cars and picked up a win in his seventh start.

Coming up through the ranks, Prock had the opportunity to race out of the shop of three-time NASCAR Champion Tony Stewart. It gave him the opportunity to learn from some of the most well respected open-wheel crew chiefs and mechanics and showed the young racer what it takes to be a championship caliber driver and work on a top tier team.

In 2017 the perfect opportunity presented itself when he was offered the chance to join the family business as part of the John Force Racing driver development program. His years of experience both on track and in the garages made the move almost seamless for the young driver.

Prock started his career in drag racing as a member of Courtney Force’s Funny Car team and then moved to working on super-chargers for Brittany Force and her Top Fuel dragster team. Throughout his time with John Force Racing, Prock had been working his way to being the next driver for the legendary team.

As the newest addition to John Force Racing’s Next Generation initiative, Prock took his first pass down a dragstrip in Fontana, Calif., in April 2017 when he was licensed in a Super Comp dragster through Frank Hawley’s Drag Racing School, the same drag racing school from which world champions Robert Hight and Brittany Force as well as Courtney Force, Eric Medlen and even Force family matriarch Laurie Force earned their licenses. In June 2017, he was licensed in an Alcohol dragster in Indianapolis with Anthony Dicero and raced in one regional event in the Alcohol dragster category at Bowling Green, Ken., in August. He was the No. 2 qualifier and made it to the semifinals.

Prock made his first passes in a Nitro Funny Car in April 2018 at The Strip at Las Vegas Motor Speedway and, in June 2018, Prock earned his Nitro Funny Car license at Summit Racing Motorsports Park in Norwalk, Ohio.

In addition to his passion for racing, Prock earned his culinary arts degree from the Art Institute of Indianapolis while on the road with the team. Cooking was always a hobby for Prock, he was helping the John Force Racing team chef at the age of 10 while his dad was a crew chief.

A fine-tuned exhaust system that routes exhaust from the engine. 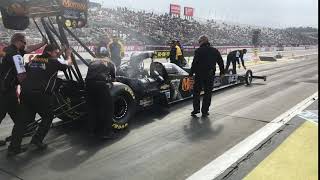 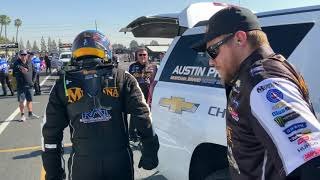 Mounted atop the intake manifold on the engine, the belt driven mechanical device rams air into the engine at a staggering rate. 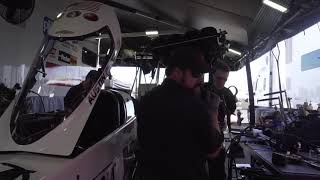 A cylinder head sits on top of the block, helps form the combustion chamber and contains the valves, spark plugs and fuel injectors. 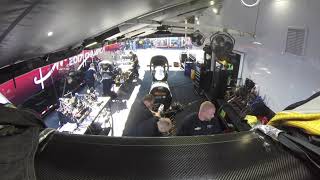 A sensor that monitors tire temperature during the run. 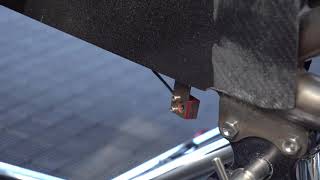 In between rounds, all 8 connecting rods and pistons are changed out and inspected for future use. 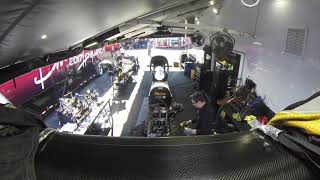 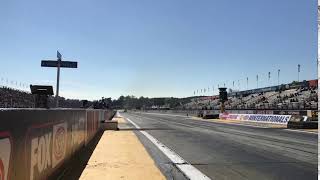 We utilize our race body to showcase our sponsor’s logos and products. Sponsors play an essential part in funding our teams and throughout the year we run unique paint schemes featuring new products, charities and sponsor promotions. 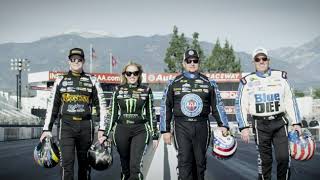 Joe started dirt oval racing in 1981. He moved to Indiana in 1985 to IndyCar race and started drag racing in 1988 on the Bud King top fuel dragster. His hobbies include golf and open wheel racing.

Rahn started racing in 1971 as a junior in high school with a local top fuel team called Stephens and Venables in Houston, TX (Dick Venables Sr is Dickie Venables dad). He raced with them for the next 5 years, eventually earning his top fuel license in their car. He went on to work for a top fuel driver named Marvin Graham, that was the first time he earned a living drag racing. After that, he worked with Shirley Muldowney, Doug Kalitta, Cruz Pedregon, Jack Beckman and Ron Capps. When he’s not at the track he enjoys playing golf, paddle boarding, traveling and going to the beach with his wife Ellen.

Brian started drag racing in 1992 on the Double Vision Top Alcohol dragster. He moved up to the professional ranks in 2007 to work on Ashley Force’s funny car. He has won races with Ashley, Brittany, Courtney and John Force throughout his years at John Force Racing, also winning in Austin Prock’s rookie season.

Michael is a racer and wanna be...

Michael is a racer and wanna be drummer! He enjoys spending time with his wife Tracy and hanging out with the grandkids, Coye, Claire and Michael.

Jason’s been involved in different forms of...

Jason’s been involved in different forms of racing his whole life. His dad raced when he was a kid and he started racing right after high school. He’s raced dirt mods, late models and built and raced his own drag cars for several years.

Andrew got into racing by working on...

Andrew got into racing by working on street cars after graduating from college in 2016. In his spare time he likes to ride his motorcycle and spend time with his family.

Don got his start in drag...

Don got his start in drag racing working on a funny car in IHRA, where his good friend was the crew chief.

Colton grew up around racing, helping his...

Colton grew up around racing, helping his father with his fuel altered car. He also loves sprint car racing.

The Prock family has been involved in...

The Prock family has been involved in drag racing since the late 60’s. Thomas grew up midget racing where he was crew chief for his brother Austin. He also was an engineer in the NASCAR cup series. Racing is in his blood!

Eric got his start in drag...

Eric got his start in drag racing shortly after he got out of the Navy and worked on dirt modified cars for a few years while working evenings as a Diesel mechanic at the Kenworth shop in town. He met a guy who helped get him hired in drag racing doing the Mopar Performance tech trailer at the races which led into working with John Force and the team. He moved into the Castrol midway trailer in 2006 and then eventually moved to JFR Race Support. His hobbies include desert racing his dirt bike and driving his pro street car.